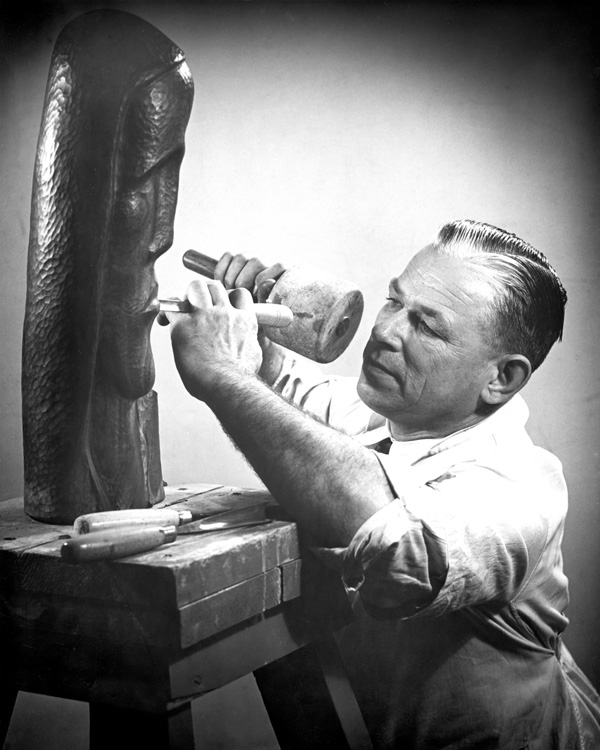 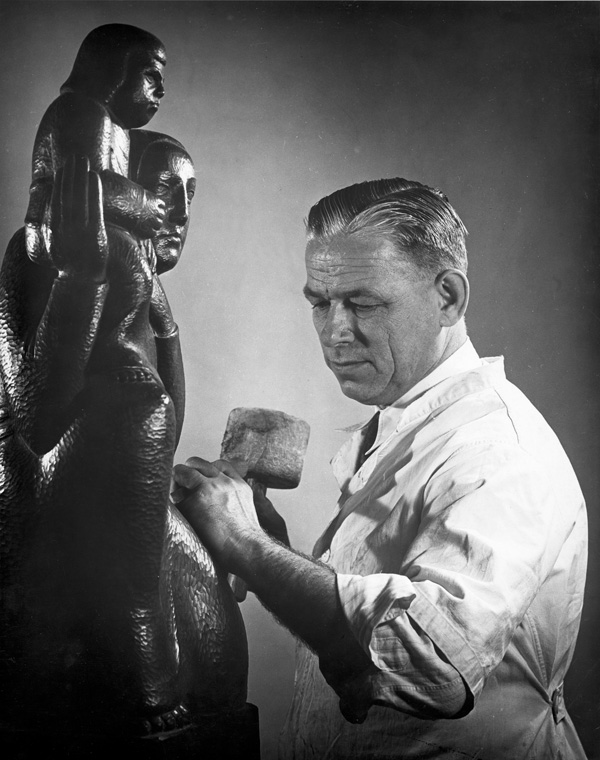 Carving Madonna and Child in 1946 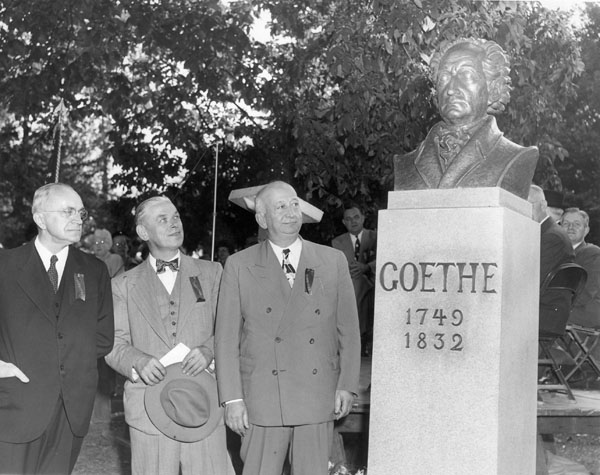 Unveiling of the Goethe Monument in Highland Park, 1950. On the left, his close
friend, Ewald Appelt, Professor of German Literature at the U of R and on the right,
Rochester Mayor Samuel Dicker 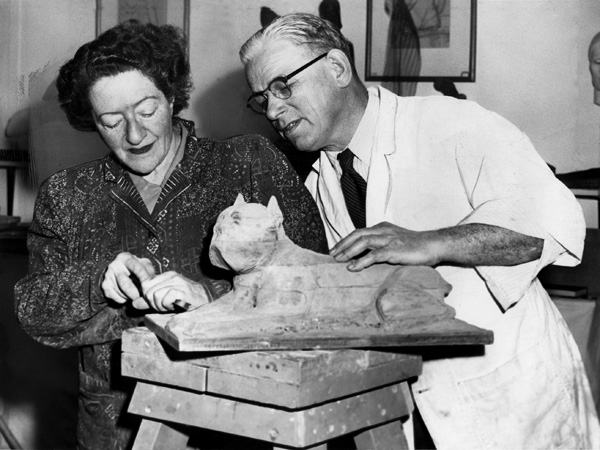 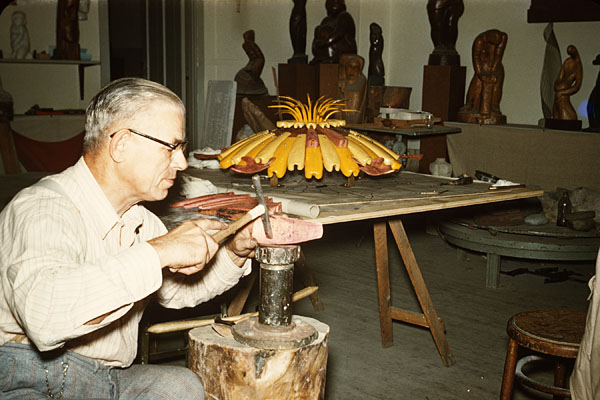 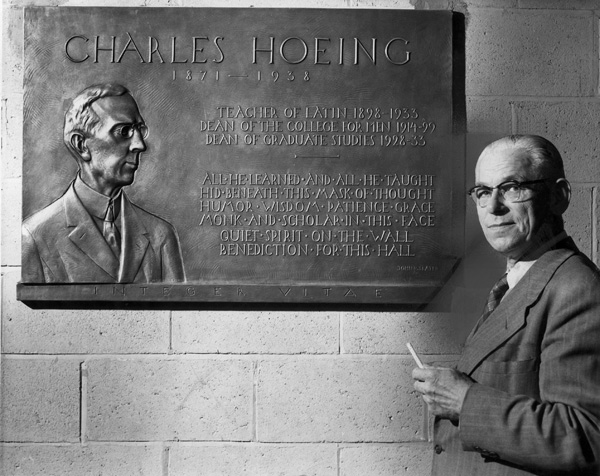 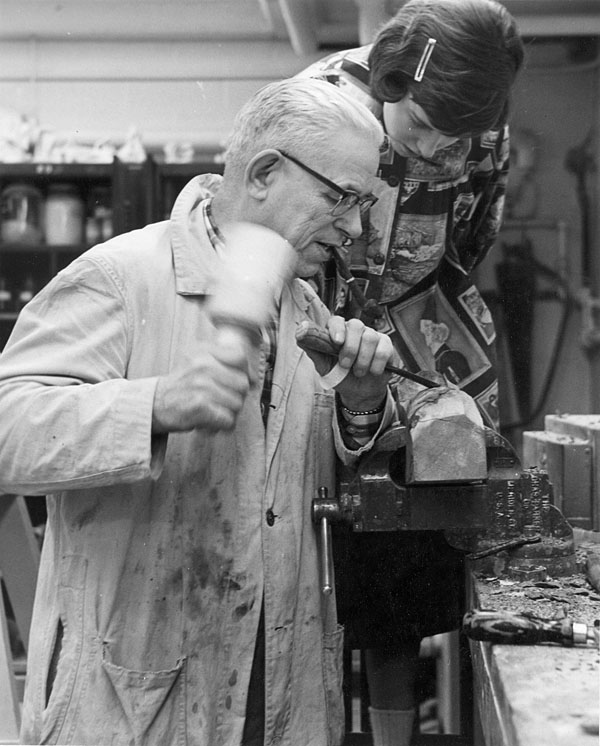 Helping a student in 1960 at the Fauver Stadium studio 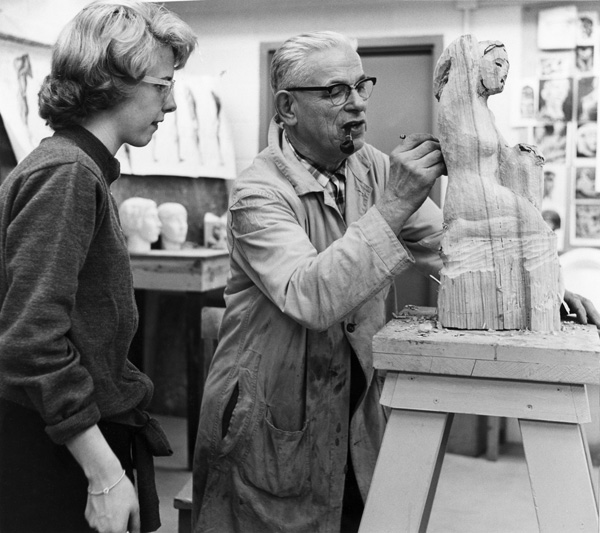 Developing a student's concept in 1960 at the Fauver Stadium studio 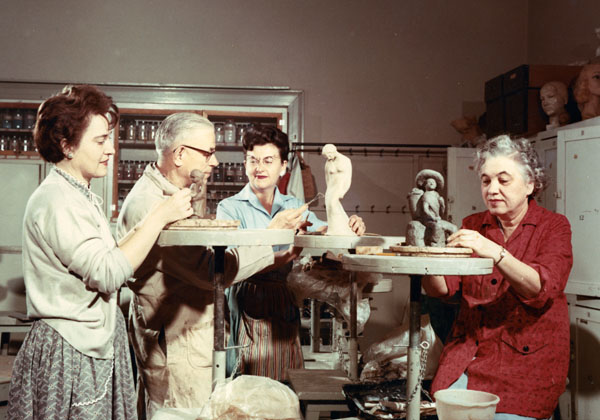 An evening class at the Memorial Art Gallery 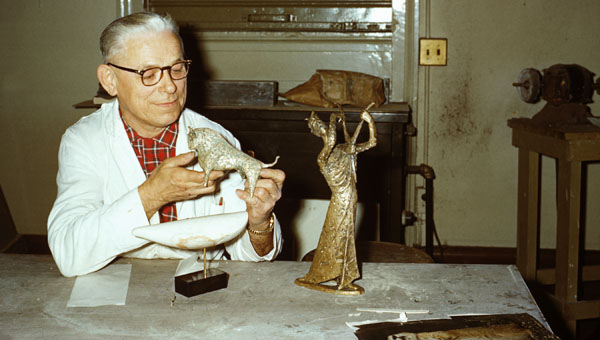